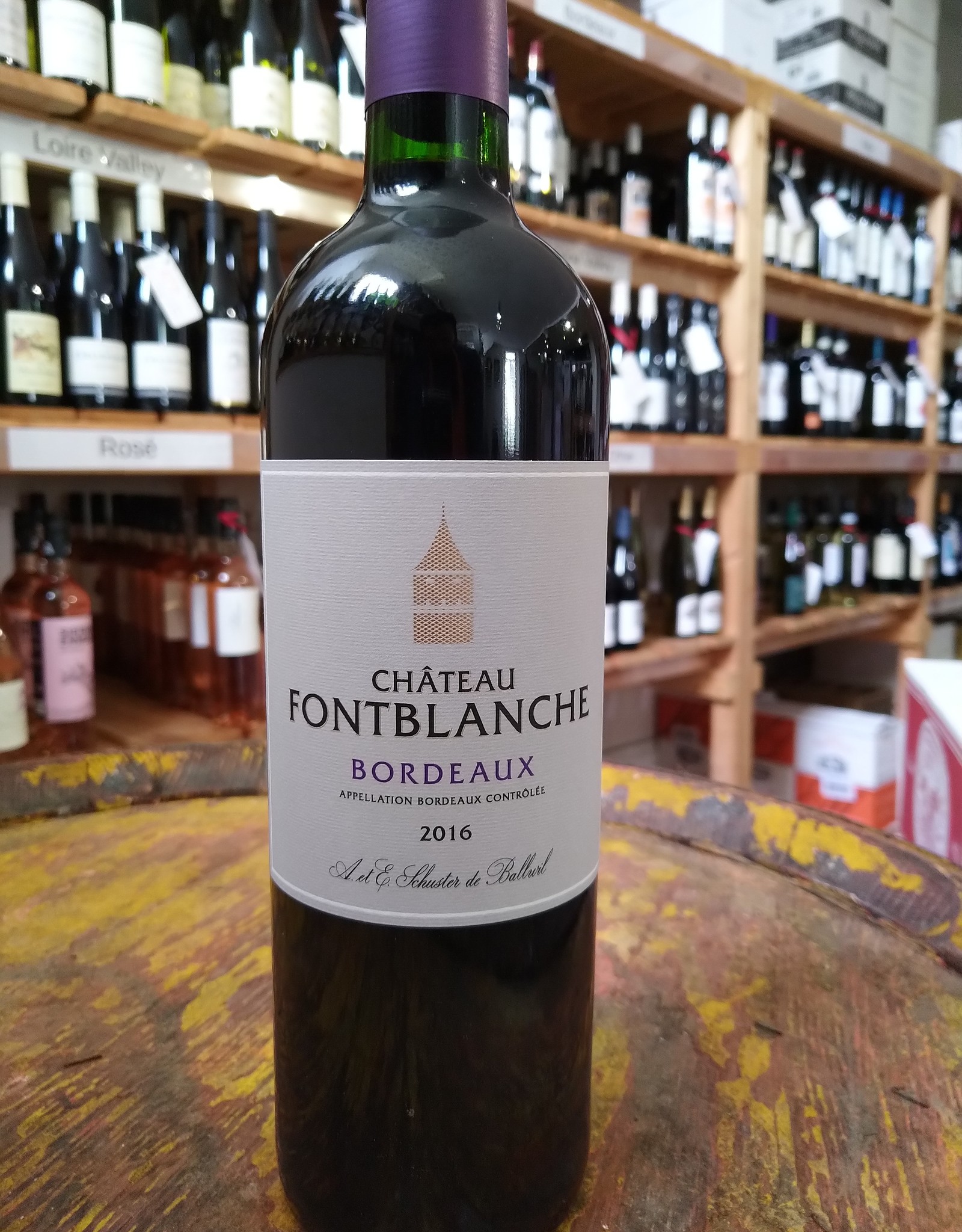 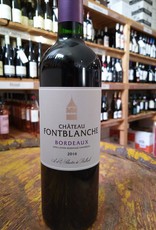 Bordeaux blend of Merlot, Cabernet Sauvignon, Cabernet Franc and Malbec.
The soils are calcareous with clay compounds and pebbles. It produces soft, round and well balanced red wines with beautiful fine silky tannins and a solid structure.

The domain is considered as one of the best locations and producers in the Côtes de Blaye on the right bank of the Gironde. Overlooking the Gironde estuary, the hills of Blaye offer a terroir of tremendous richness.

Château de Fontblanche consists of 14 hectares on the rolling slopes in the commune of Cars. The wine is aged in oak for 12 months.

Type: Red Wine
Grape(s): Merlot, Cabernet Sauvignon, Cabernet Franc
Wine Region: Bordeaux, France
Add to cart
Chateau Haut Pougnan Rouge, Bordeaux
£11.50
By using our website, you agree to the use of cookies. These cookies help us understand how customers arrive at and use our site and help us make improvements. Hide this message More on cookies »